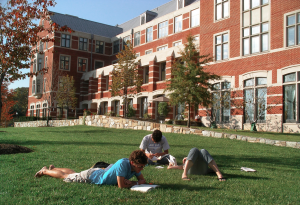 Enrollment in law schools across the country plummeted to record lows this year. Just this March of 2015, the US legal services industry shed 1,200 jobs, according to the Bureau of Labor Statistics.

The number of people working in the legal sector dropped from 1,120,600 to 1,119,400 in March, despite the overall economy adding 126,000 jobs. The bureau clarifies, however, that preliminary national employment data about the legal services sector often requires adjustment. The figures may not be reflecting positions such as those held by law firm partners, since partners do not put themselves on a payroll.

Still, the legal sector is showing strong signs of life.

The Problem with Law School Enrollment

The recent decline in law school enrollees does not show a lack of interest for studying law. In part, it shows a problem among schools, as some fudge the numbers on their graduates’ employment to fiddle with the annual rankings listed by the US News and World Report.

At the same time, there is also the growing notion that law school graduates who do not get hired immediately will be left with a mountain of student debt.

Despite the predictions of doom for the legal industry, the sector proves to be strong. Early figures for law school enrollments this year are stabilizing. In the paralegal and legal assistant sector, we are still recording a lot of enrollees across the country.

One probable reason for this is the fact that the legal industry proves to be one of the more lucrative sectors, even if one is not a lawyer.

One study says that as of 2012, lawyers had high levels of job satisfaction and employment, as well as high salaries. Even those who graduated from low-ranked law schools and those who finished with low grades have median incomes ranging from $85,000-$95,000.

Paralegals, on the other hand, earn an average salary of $51,000. As of 2013, the highest-paid 10% of paralegals were making about $77,000 on average. The profession consistently ranks as one of the highest-paying two-year degree jobs in the country.

One good thing about taking paralegal studies is that you do not have to work only for a law firm. Paralegals cater to multiple industries, including business, medical, and even the private sector.

Twenty or so years from now, whether the industry is on the rise or not, there will always be lawyers, paralegals, and other legal professionals. Studying the law will always be a lucrative undertaking, and CLS by BARBRI will always be there to provide quality education and training.

Get in touch with us today to know more about our programs and course schedule.